We wanted to spend a little longer time at Fort Desoto, so back in January I made a reservation for 10 days, including a weekend. By spring you can’t get a weekend here to save your life, but in January – No Problem. We got #209 again, right on the bay, there are no sites over on the beach. As usual you can blow up all of these pictures by double clicking on them.

We brought the cat and he did fine for the week, except for tearing up the upholstery in the settee area. He is settling down but we did take him home after a week as he seemed to be getting bored,

We basically loaded everything we owned, except for the kayaks so it would be a real test of how we would survive in a small space. After the first few nights it hardly rained at all. One of the things about florida is the evening thunderstorms. Not a big problem as it does cool everything off.But you do have to put everything away otherwise it gets soaking wet. One storm came up so fast that Lynda could just barely collect up all of her art pages she had laying out drying on the table before it hit. 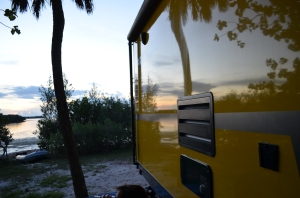 We went back on Monday to pick up the printer’s proof on my cookbook. It’s my first so we really wanted to see what it looked like. If you’re interested its up on Amazon. Just look for “Small Foods” by Bill Fishbourne. Printed version only right now but I should have the Kindle one up later this week. Kindle’s kind of a pain to work with and I had to reformat the whole book. 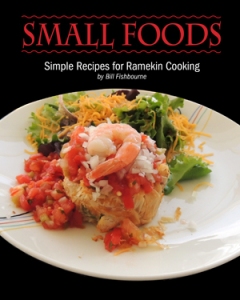 This is one recipe. There are about 25 in the book. 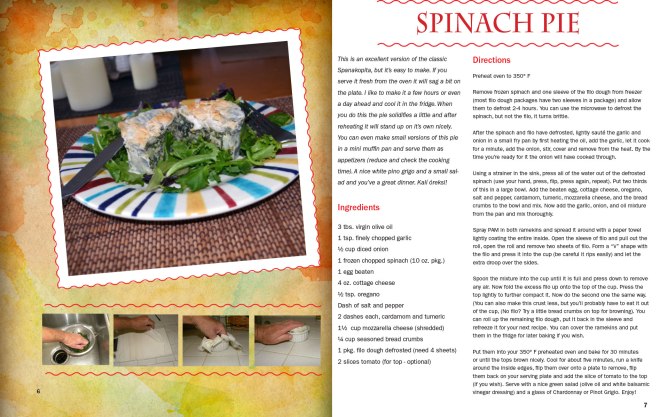 Through judicious use of the grey water tank we did manage to spend the 10 days without dumping the tank until the very end. But we did notice some material going out that looked like slices of bread. I can only imagine that it was fungus growing in the tank. We’re using Odorloss in the tank but I think we’re going to have to take more severe steps in the future.

There was a lot of wildlife around and some brilliant sunsets. More on my photo site http://www.fishbourne.shutterfly.com